Get the ROI you expect when migrating to Office 365 by avoiding these 5 common mistakes.

As a Microsoft Gold Cloud partner, we often talk to small businesses that have implemented Office 365 but found it isn’t quite what they expected. Simply put, they aren’t getting the ROI they were sold at the outset – whether that’s greater productivity, a more collaborative environment or even peace of mind their IT security concerns are put to rest.

This is because Office 365 migration can be a more difficult and nuanced process than it first appears. While anyone can buy the software and be up and running in a matter of minutes, moving seamlessly to the software from your current IT environment is complex. Here are five of the most common pitfalls we’ve seen along the way.

1. The end-users aren't clued in

It’s no surprise that one of the biggest barriers to software adoption is a lack of end-user buy-in. If the people who are actually going to be using Office 365 are not trained on how to do so, or able to contribute at the requirements capture stage, it’s almost guaranteed that it won’t be embraced.

Therefore, businesses must not overlook the importance of end-user involvement, who should ideally have their say from day one and be fully aware of the specifics, such as how their day-to-day jobs will change, and who to talk to in case there’s a problem. This will help avoid any sort of disconnect or confusion, and pave the way for successful software adoption that is worth the business money spent.

2. There's nobody to take the reigns

That said, much as it’s important that end-users are on board with Office 365, there also needs to be someone to take the lead on the implementation – a job that may sound easy enough, but actually requires a large investment of hours and the ability to communicate with many different stakeholders effectively.

It can be tempting to dump this work on your IT department or IT support company on the assumption they can “just get on with it”, but this is a mistake in itself. Whomever you nominate as owner of the project, you need to ensure they understand your goals for the project and can work with your business to deliver the right outcome.

Almost half (46%) of businesses experienced a data breach in the last 12 months, according to the government’s Cyber Security Breaches Survey 2017, and organisations need to be aware of the security risks that new cloud-based software, like Office 365, may bring about.

For many firms, Office 365 will be their first foray into an official remote working or BYOD policy and there are steps that must be taken to ensure effective security. This may be a matter of configuring the software in a certain way, such as activating single sign-on, or using additional solutions like Microsoft’s Enterprise Mobility Suite.

Even if you’re moving from the desktop versions of Microsoft Office, a common pitfall when migrating to Office 365 is failing to configure your cloud applications in a way that replicates how they were set up on-premises.

A good example of this is email, which is commonly considered a quick win for a firm moving to the cloud via Office 365. We often find that users end up frustrated because their new inboxes aren’t configured the same way as their old ones, with custom rules and filters missing for no reason other than their IT department overlooked them.

5. The IT environment isn’t suitable

That said, you won’t get the full benefits of Office 365 if all you do is simply replicate your current way of working. While anyone can sign up to Office 365 and start using the cloud versions of Word and Outlook in minutes, you should consider collaborating with a Microsoft partner or other expert to ensure you don’t overlook features that could make a major improvement to your business’ process, productivity, security and more.

To find out more, and to get more insight into what a successful Office 365 migration entails, click the link below to download our free checklist. 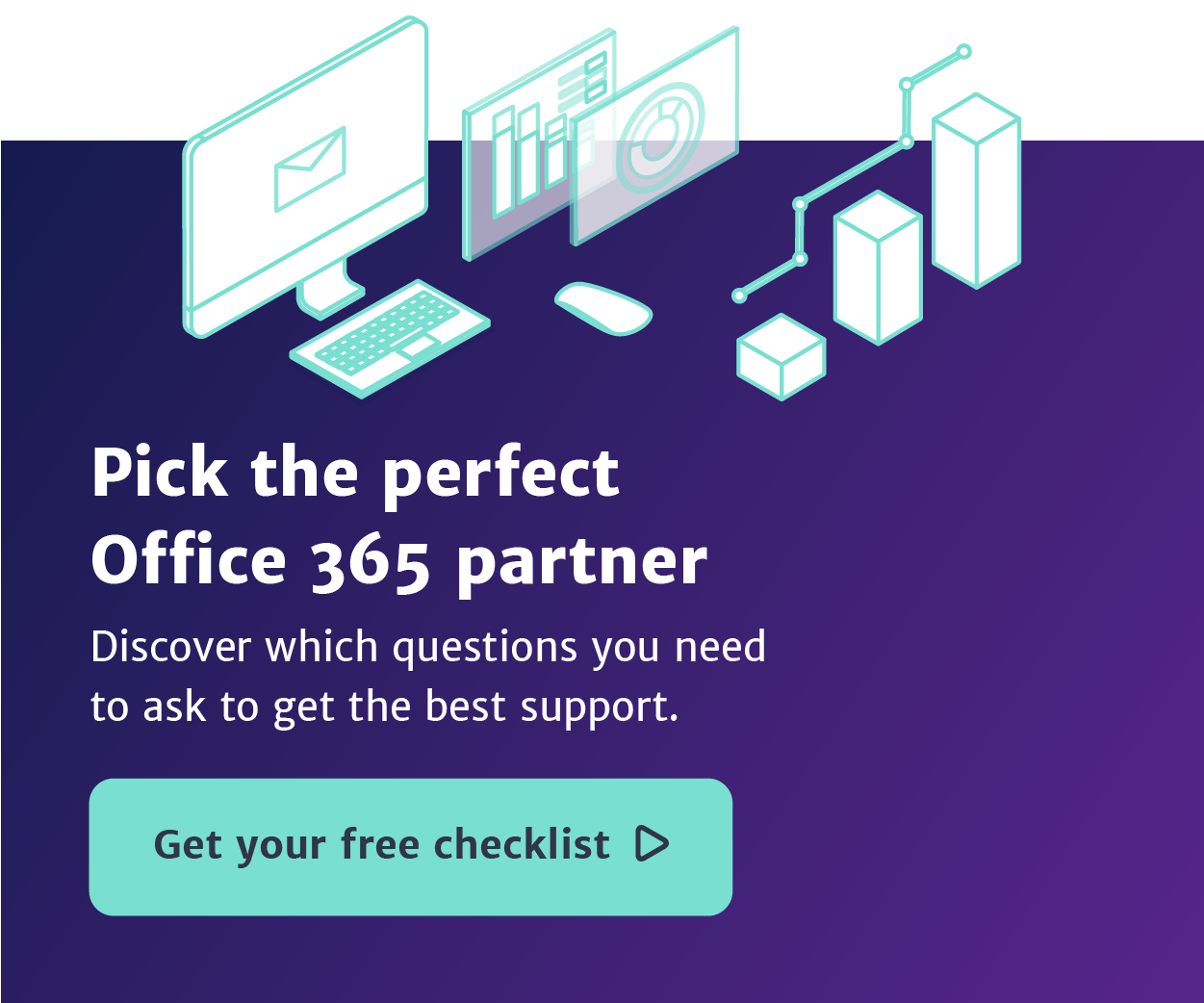 Enter your email address to subscribe to our newsletter

Technology is an incredibly powerful tool that can drive change, enable innovation and accelerate growth. Our blog is here to help you make sense of it with the latest new, advice and insights from Team Doherty.

More than three quarters of companies worldwide have adopted flexible working practices. Mostly, this is a bid to manage an increasingly complex modern workplace, with geographically dispersed...

By 2025, millennials will comprise 75 percent of the global workforce and with them they’ll bring fresh outlook to working practices. Implementing the right team collaboration tools can...

Our IT Services for Business

Our Quality and Information Security Policies are available on request.